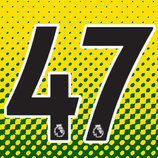 Loans to Hartlepool- Who will it be?