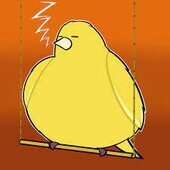 Buendia to Arsenal for reported £40m

By FatCanary, May 20 in Main Discussion - Norwich City