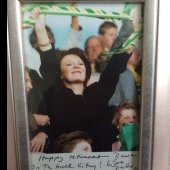 Sunday Times article re. Norwich City and my reply.