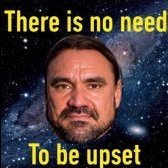 How this season could be a microcosm of the last two.